Appointment of IRP/RP by Financial Creditors – Still call it a fair game play?

The Author made an attempt to expose adverse effects of possible collusion of Insolvency Professionals and Financial Creditors.

APPOINTMENT OF IRP/RP BY FC - STILL CALL IT A FAIR GAME PLAY?

Citing here the recent order by the NCLAT, New Delhi in the matter of State Bank of India vs M/s. Metenere Limited, where the ex-employee of a ‘Financial Creditor’ (FC) i.e. SBI was appointed as an ‘Interim Resolution Professional’. Even being not disqualified by Insolvency and Bankruptcy Code, 2016 (“IBC”) in anyway, the NCLAT upheld the NCLT’s decision to substitute such IRP with another insolvency professional by observing that apprehension of bias cannot be dismissed offhand and in saying so has relied on the SC judgment in the matter of “Ranjit Thakur v. Union of India and Ors. where it was held that:

It is very easy to draft the code of conduct and ask the professionals to do their job in more ethical way and penalize them every time whenever they get involved in some wrong doing. The main aim of the Code is the resolution of Corporate Debtor, but many times it has been felt that it is just drafted to make the Code look fancier and for no other purpose.

In Metenere Ltd. (supra), NCLAT passed the order removing the IRP on the basis that IRP appointed by FC is not an Independent person in the eyes of CD.

Personally, I appreciate the order… But, what about in all other cases where IRP not being an ex-employee of FC, gets appointed as an IRP/RP by the applicant Financial Creditor at the time of filing application to initiate CIRP against the CD. How can he always be deemed to be independent of FC without any apprehension of bias?

I guess, the drafting committee of IBBI is not aware of current practices in the market of getting any assignments in India either you talk about any government tenders / works / or getting any private contract.

The Purpose of the code will never be achieved to its fullest, until the IBBI is making all the efforts to ensure that all the participants of the “show” are fully independent. Independence of Professional is not merely hurt by having an employer-employee relation in the past, but can also be hurt by having official as well as unofficial relation among them like friendship, colleagues in the past, internal arrangement for mutual benefits etc which is very difficult or almost impossible to keep track on by anybody or by the regulator.

The point I am trying to make here is that, when the IPs are regulated by IBBI, irrespective of the fact that application is filed under section 7, 9 or 10, appointment of IPs should be made by NCLT with reference of IBBI only in all the matters. IBBI has also made a detailed list of state-wise IPs for recommending their names to NCLT in those cases where, at the time of filing of application under sec 9 of the code, where the name of an IP is not being proposed for appointment as IRP.

Another issue I wish to bring to limelight is that even IPEs are hiring ex-bankers and maintain good relations with senior bankers, not because they are very good at this insolvency and resolution process of corporates, but to get their IPs appointed as IRP and RP in the CIRP cases.

Also, we should not ignore the possibility of collusion of IPs with Bankers and CDs to force the CD into liquidation so that the wrong doing of Bankers i.e. FCs as well as CDs remain unexposed and the affairs of company used for making personal gains can be wound up in the most legally possible way without getting any attention of media or public.

I although sincerely believe that the Code is aimed at resolution process, but every effort must be made to curtail all the mischievous efforts made by anybody in the shelter of Corporate veil and punish every person who has cheated government and public at large. It should facilitate the good business culture so that the benefit can be enjoyed by maximum stakeholders individually. This is how we can collectively promote and develop sense of entrepreneurship among every individual, which is also one of the objects of the Code.

Disclaimer: The views, thoughts, and opinions expressed in the article belong solely to the author and do not represent the opinions of the blog. 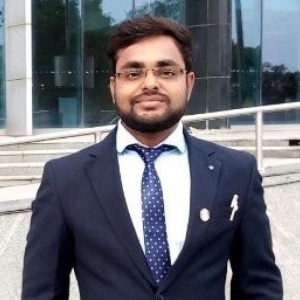 Virendra Maurya is a Chartered Accountant and is currently pursuing Graduate Insolvency Programme to become an Insolvency Professional. His interests include insolvency law, taxation and other allied subjects.
All Posts