You can listen to this case summary here:

2. Brief Facts of the Case:

The NCLAT referred to State Bank of India v. Ram Dev International Ltd. (Through Resolution Professional)[1], wherein it observed that merely because a ‘Resolution Professional’ is empaneled as an Advocate or Company Secretary or Chartered Accountant with the ‘Financial Creditor’ cannot be a ground to reject the proposal of his appointment unless there is any disciplinary proceeding pending against him or it is shown that the person is an interested person being an employee or on the payroll of the ‘Financial Creditor’. Admittedly no disciplinary proceedings are pending against Mr Shailesh Verma. However, this is not sufficient to dismiss the apprehension of bias.

The NCLAT while addressing the issue of apprehension of biasness, referred to the Apex Court’s decision in Ranjit Thakur v. Union of India and Ors.[2] wherein it was held that: “As to the tests of the likelihood of bias what is relevant is the reasonableness of the apprehension in that regard in the mind of the party. The proper approach for the judge is not to look at his own mind and ask himself, however, honestly, “Am I Biased?”; but to look at the mind of the party before him”

The NCLAT upheld the order passed by the Adjudicating Authority holding that apprehension of biasness raised by the Corporate Debtor cannot be dismissed offhand and that NCLT is justified in changing the IRP. However, it is worthwhile to note that the proposed IRP Mr Shailesh Verma was not disqualified or ineligible to act as an ‘Interim Resolution Professional’ and it is the apprehension of bias which is the ground on which the Adjudicating Authority is justified in substituting him with another Insolvency Professional.

Interestingly, the NCLAT observed that the financial creditor should not have been aggrieved of the impugned order as the same did not cause any prejudice to it. 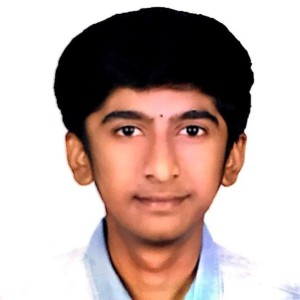 Athyut Mandhata is a Research Associate at VirtuaLaw who is a IV Year Law Student at Symbiosis Law School, Hyderabad
All Posts