MONEY RECEIVED AS LOAN WITH REGARD TO FUTURE SUPPLIES OF MATERIAL BE TREATED AS FINANCIAL DEBT: NCLAT 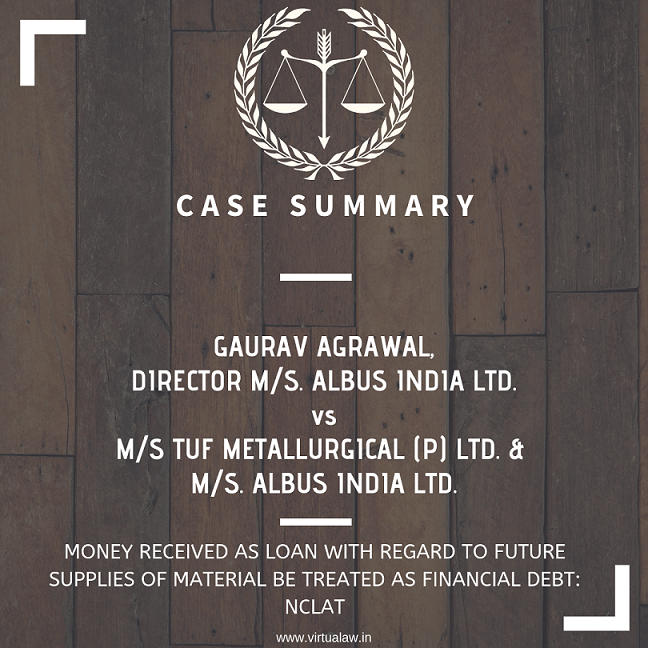 It can be observed from above that the interpretation of the Agreement entered between the parties was crucial in determining the case. Hence, utmost care shall be taken while drafting of such complex agreements containing both pure loan covenants as well as other performance related covenants.