“GOVERNING LAW” CLAUSE OF AN AGREEMENT CANNOT RESTRICT THE JURISDICTION OF NCLT: NCLAT 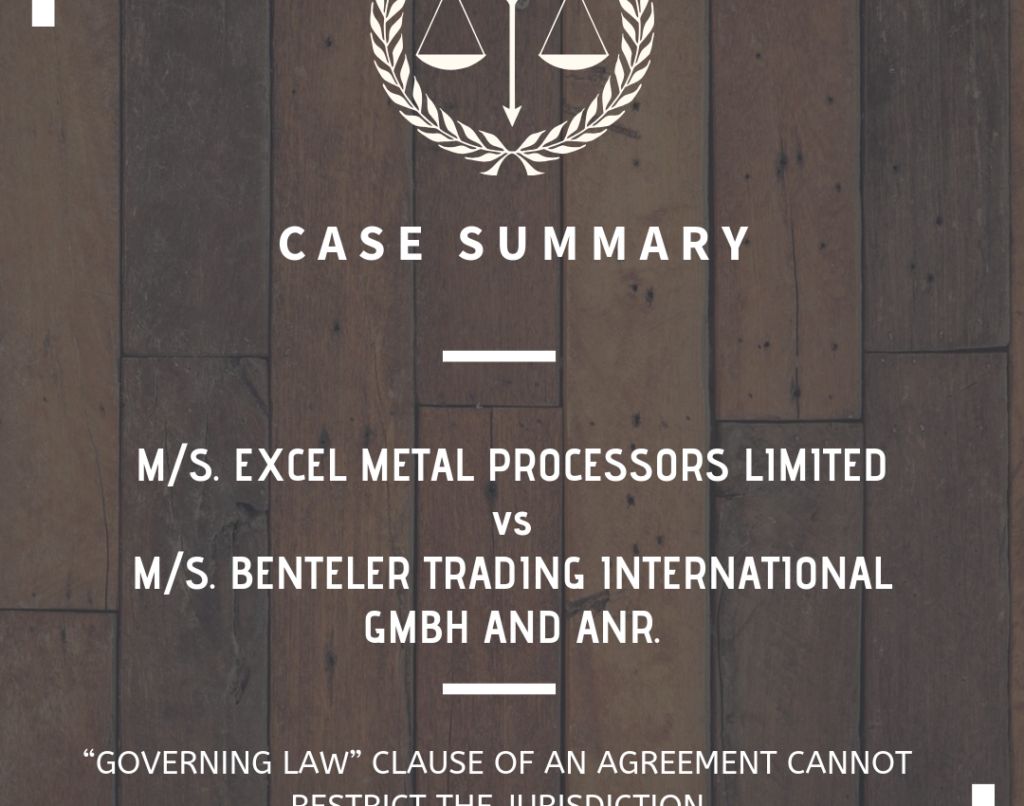 Whether the Adjudicating Authority (“NCLT”) has jurisdiction to entertain the application under Section 9 of the Insolvency and Bankruptcy Code, 2016 (“IBC”), when the agreement between the parties stipulate that any suit or case is maintainable only in the Court at Germany?

2. Brief Facts of the Case:

The NCLAT relied on its order passed in Binani Industries Limited vs. Bank of Baroda and Anr. wherein it was held that ‘Corporate Insolvency Resolution Process’/ insolvency proceedings is not a ‘suit’ or a ‘litigation’ or a ‘money claim’ for any litigation;

As per Section 60(1) of the IBC, “The Adjudicating Authority, in relation to insolvency resolution and liquidation for corporate persons including corporate debtors and personal guarantors thereof shall be the NCLT having territorial jurisdiction over the place where the registered office of the corporate person is located”.

As the Registered Office of the Corporate Debtor is in Mumbai, it was held that the NCLT, Mumbai Bench has the jurisdiction to entertain an application under Section 9 of the IBC and the Appellant cannot derive advantage of the terms of the Agreement reached between the parties. Accordingly, the appeal was dismissed.

Hence, it can be drawn from the above that the clause on governing law has no bearing during the IBC proceedings and the jurisdiction of the NCLT cannot be questioned on this ground.