SABARIMALA LEGAL BATTLE: PROTECTION OF RIGHT OF WOMEN or RIGHT TO EQUALITY? 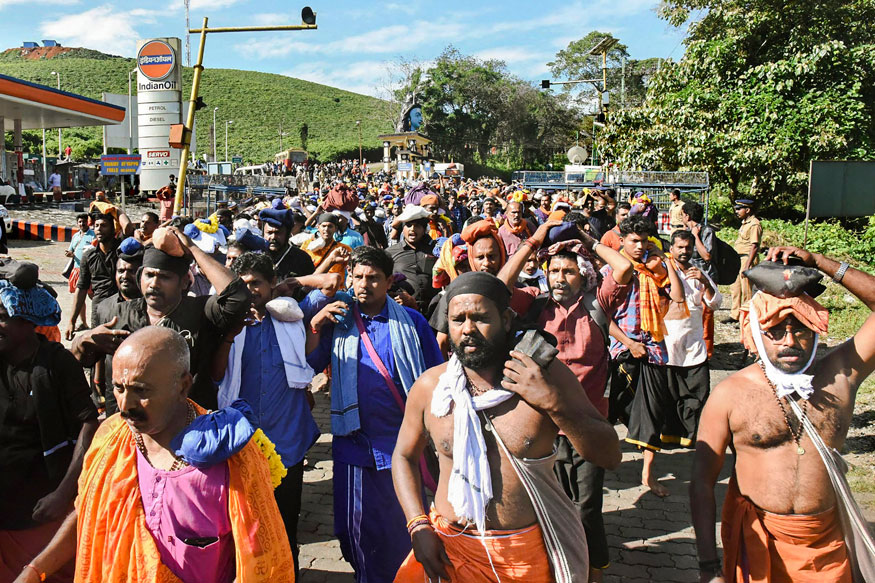 It was in the year 1990 when the former Devaswom Commissioner Smt. Chandrika conducted rice-feeding ceremony of her grand-daughter at Sabarimala temple in the presence of her daughter, the mother of the child, and other relatives including women a photograph of which appeared in the Janmaboomi daily. It was brought to the notice of the Kerala High Court through a petition which was converted into to Public Interest Litigation with the cause title S. Mahendran v. The Secretary, Travancore Devaswom Board, Thiruvananthpuram and others.

In the instant case the Division Bench of Kerala upheld the practise of banning women of the age group 10-50 years from entering the Sabarimala Temple at any time of the year. The Hon’ble High Court examined the Thanthri of the temple who stated that the deity in Sabarimala temple is in the form of a Yogi or a Bramchari and it is therefore believed that young women should not offer worship in the temple so that even the slightest deviation from celibacy and austerity observed by the deity is not caused by the presence of such women.

Based on the above the Hon’ble High Court opined as follows:

“We are therefore of the opinion that the usage of woman of the age group 10 to 50 not being permitted to enter the temple and its precincts had been made applicable throughout the year and there is no reason why they should be permitted to offer worship during specified days when they are not in a position to observe penance for 41 days due to physiological reasons. In short, woman after menarche up to menopause are not entitled to enter the temple and offer prayers there at any time of the year.”

One important question for consideration before the Hon’ble High Court of Kerala was “Whether the denial of entry of that class of woman amounts to discrimination and violative of Articles 15, 25 and 26 of the Constitution of India?”.

Article 15 prohibits discrimination on grounds of religion, race, caste, sex or place of birth. Article 25 provides for freedom of conscience and free profession, practice and propagation of any religion. According to Article 26 every religious denomination has freedom to manage religious affairs

The Hon’ble High Court analysed the above mentioned articles taking inputs from many decided Supreme Court Judgements and opined that a religious denomination or organisation enjoys complete autonomy in the matter of deciding as to what rites and ceremonies are essential according to the tenets of the religion. No outside authority has any jurisdiction to interfere with the decision of such religious denomination. Article 26(b) gives complete freedom to the religious denomination to manage its own affairs in matters of religion. The only restriction imposed by that article is that the exercise of the right is subject to public order, morality and health. The freedom of conscience and freedom to speak, profess and propagate religion guaranteed under Article 25 of the Constitution is subject not only to public order, morality and health, but also subject to the other provisions of Chapter III. It necessarily implies that the right to freedom of religion guaranteed under Article 25 is subject to the freedom to manage religious affairs guaranteed under Article 26(b) of the Constitution.”

The Hon’ble High Court further stated in its judgement that the entry in Sabarimala temple is prohibited only in respect of women of a particular age group and not woman as a class.

(1) The restriction imposed on women aged above 10 and below 50 from trekking the holy hills of Sabarimala and offering worship at Sabarimala Shrine is in accordance with the usage prevalent from time immemorial.

(2) Such restriction imposed by the Devaswom Board is not violative of Articles 15, 25 and 26 of the Constitution of India.

(3) Such restriction is also not violative of the provisions of Hindu Place of Public Worship (Authorisation of Entry) Act, 1965 since there is no restriction between one section and another section or between one class and another class among the Hindus in the matter of entry to a temple whereas the prohibition is only in respect of women of a particular age group and not women as a class.

Mr Prakul Thadi is a Law Graduate, Company Secretary and Cost Accountant. He co-founded VirtuaLaw in 2017. After having gained an industry experience of 3 years he’s currently pursuing Graduate Insolvency Programme (GIP) at the Indian Institute of Corporate Affairs (IICA), Manesar. His interests spread across varied fields of law and majorly corporate laws.