NFRA: AUDIT SUPER REGULATOR – A QUICK GLANCE THROUGH THE RULES 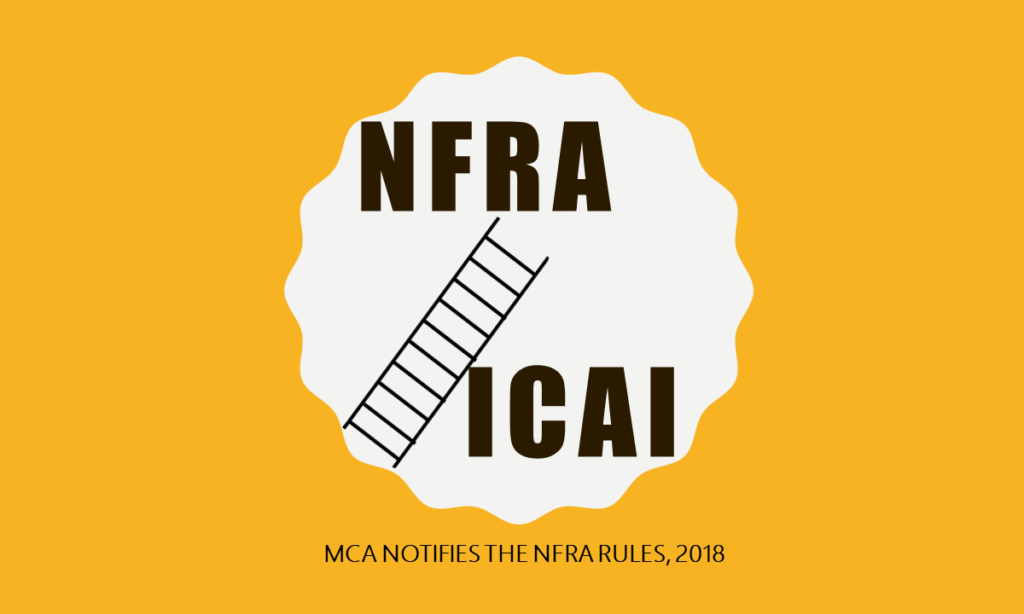 Here ends the wait of 5 long years which kept the entire corporate world, in general and the audit firms, in particular anxious and curious. National Financial Reporting NFRA (NFRA) is constituted with effect from October 1, 2018 and sub-sections (2), (4), (5), (10), (13), (14) and (15) of section 132 dealing with NFRA were commenced w.e.f. October 24, 2018. The Centre has appointed former IAS officer Rangachari Sridharan as chairperson of NFRA which shall protect the public interest and the interests of various stakeholders by establishing high quality standards of accounting and auditing.

The National Financial Reporting NFRA Rules, 2018 were notified by the MCA vide its notification dated 13th November 2018 with immediate effect. Here’s a summary of the must-know information about the NFRA and its rules.

Classes of companies and body corporates governed by the NFRA

Intimation to the NFRA

Every auditor whose appointment is intimated to the NFRA shall file a return with the NFRA on or before 30th day of April every year in such form as may be specified by the Central Government.

A company or a body corporate other than a company governed under this rule shall continue to be governed by the NFRA for a period of three years after it ceases to be listed or its paid-up capital or turnover or aggregate of loans, debentures and deposits falls below the limit stated therein.

The NFRA may review the financial statements of any company or body corporate, as the case may be, and may also direct its auditors to provide further information or explanation or relevant documents within reasonable time as specified in the notice. The NFRA may also require the personal presence of the officers of the company or body corporate and its auditor for seeking additional information or explanation in connection with such review.

Although the NFRA has taken away certain powers from the ICAI, let’s wait and watch as to how effective it is going to be in the near future.