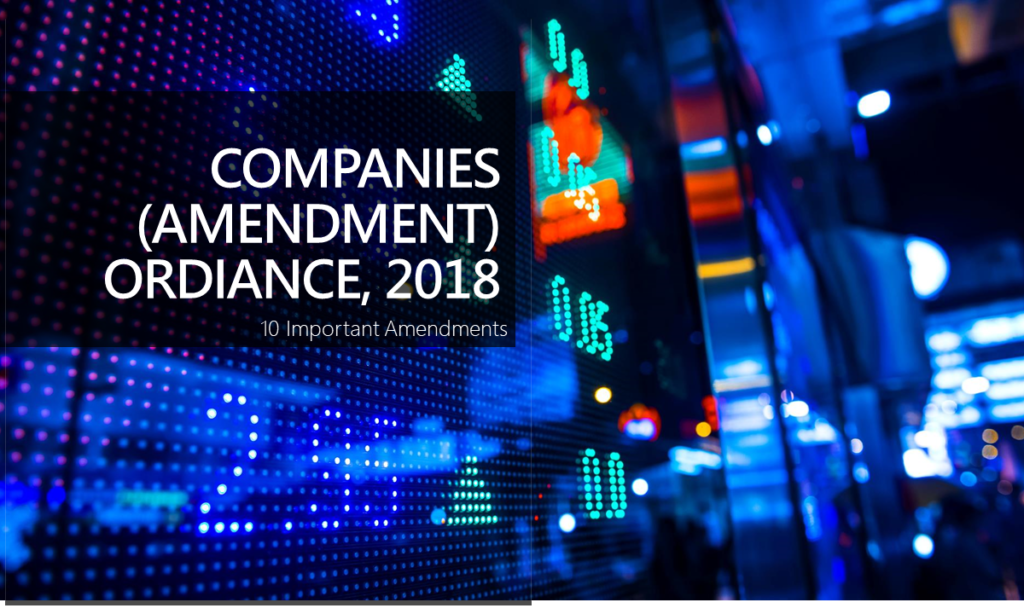 The President of India had, on November 2, 2018, given his assent to the promulgation of the Companies (Amendment) Ordinance, 2018 (“Ordinance”) as the Parliament is not in session.

The following are the 10 important amendments made by the Ordinance:
1. Re-introduction of declaration of commencement of business – Section 10A(1)

2. ROC is empowered to cause a physical verification of Registered Office u/s 12(9) and non-maintenance of registered office will amount to removal of name from the register of companies.

3. Wilful misrepresentation or suppression of information with respect to registration of charges shall be treated as fraud and punished accordingly u/s 447.

4. Where a Company files an application before NCLT and the NCLT passes an order restricting rights attached with the shares of any person whom the company believes to be a significant beneficial owner u/s 90(5)(a), (b) or (c) who hasn’t replied to the notice issued by the Company, and when such person fails to make application before NCLT to relax or lift such restriction within 1 year from the date of such order, the shares held by such person shall be transferred to IEPF.

5. If the number of directorships held by an individual exceeds the permissible limit u/s 165(1), such an individual shall trigger disqualification u/s 164(1).

7. Pecuniary Jurisdiction of Regional Director enhanced to ₹25 Lakhs as against the earlier limit of ₹5 Lakhs for compounding of offences u/s 441.

8. The power to approve alteration of financial year of a Company which is a holding or subsidiary or associate company of a company incorporated outside India is now vested with Central Government and not NCLT.

10. Penalty fosr One Person Companies (OPCs) and small companies has been reduced to half of that which is applicable for other companies.