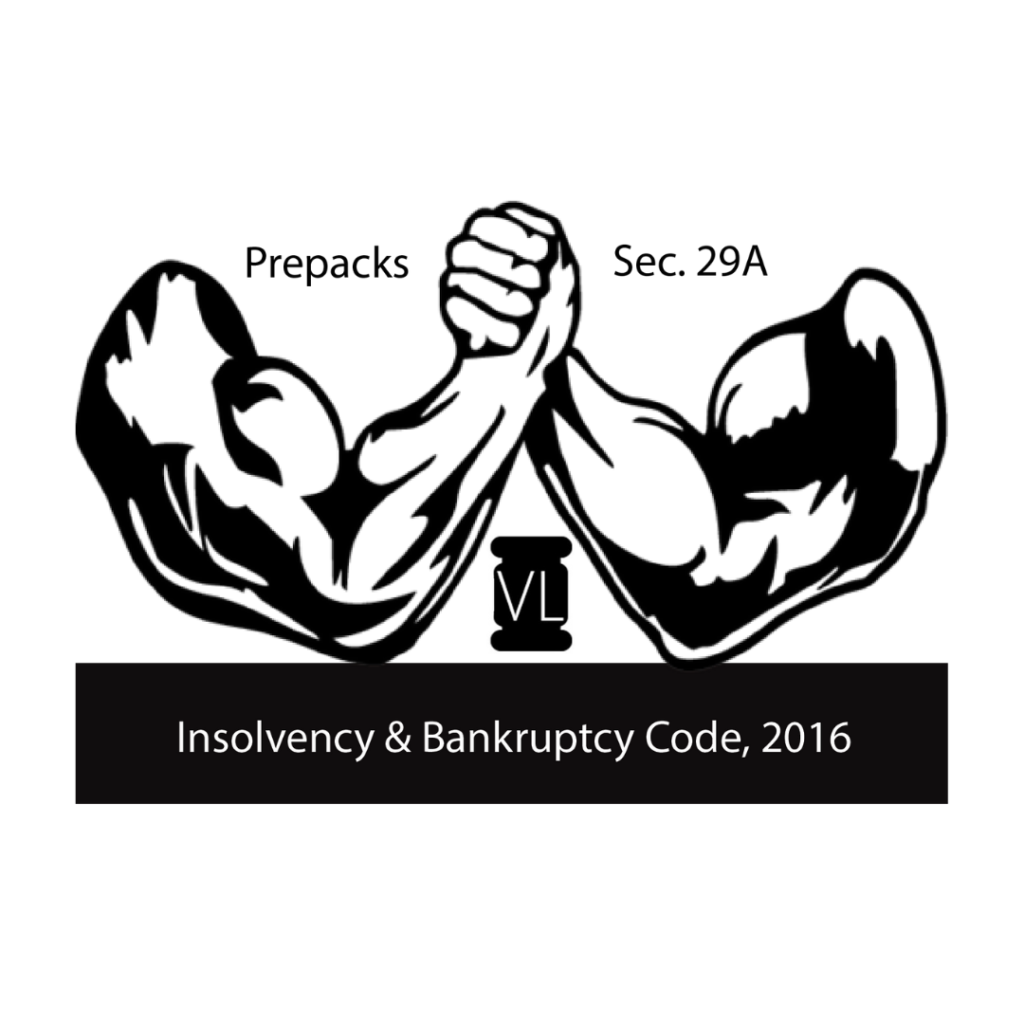 The Sub-Committee of ILC recommended retention of Sec. 29A for Pre-packs. The article recommends two key amendments, in light of this.

Pre-packaged Insolvency Resolution Process (here-in-after referred as “PIRP”), proposed to be introduced under the Insolvency and Bankruptcy Code, 2016 (here-in-after referred as “Code” or “IBC”) as an option for resolving insolvency, is the next biggest move in the Indian Legislative efforts in reviving stressed businesses in India.[1] While the Code provided for an effective framework to deal with insolvency of corporate persons, it had de-incentivised the promoters in initiating Corporate Insolvency Resolution Process (here-in-after referred as “CIRP”) under Section 10 of the Code[2] which is majorly due to the ineligibility laid down in Section 29A of the Code[3]. This is evident from the fact that only 261 out of the total of 4008 CIRPs[4] are initiated by the Corporate Debtors under the IBC as on September 30, 2020. Even if the insolvency of the company is not caused by any fraud or mismanagement on part of the promoters but caused due to other factors such as economic slowdown, temporary mismatch in cash flows etc., still they remain ineligible.[5]

The success of IBC may be attributed to the change in control of the management from the existing promoters and managers. This change in management, most probably, forever deters them from operating below the optimum potential and motivates them to make the best efforts to avoid stress.[6] The landmark cases under the IBC have been resolved by keeping the promoter away from the resolution process and allowing the industry to compete for the control over the affairs of the Corporate Debtor.[7] The change in control of Essar Steel to ArcelorMittal Nippon Steel,[8] Bhushan Steel to Tata Steel,[9] Binani Cements to Ultratech Cements etc.[10] are few examples to justify as to how change in control of management and ownership has been the backbone of IBC. Having said that, in the opinion of the author, the interests of genuine promoters cannot be given a back seat and there cannot be a common presumption that change in control is the only solution to resolve corporate insolvencies.

Unlike CIRP, Pre-packs are debtor-driven and hence promoters get due chance to retain control over the management and affairs of the Corporate Debtor.[11] However, the pre-pack framework recommended by the Sub-Committee of the Insolvency Law Committee strongly recommends non-dilution of the provisions of Section 29A.[12]

IMPACT OF RETAINING SECTION 29A FOR SUBMISSION OF BASE PLAN

Section 29A of the IBC specifies ineligibility criteria as to who cannot submit a resolution plan. It was introduced with an intent to disqualify the defaulting promoters from participating in the CIRP of Corporate Debtors. It is for the reason that such participation of unscrupulous persons would undermine the processes laid down in the Code and such persons may be rewarded.[13] However, in a PIRP where the core intention is to obtain a base resolution plan from the promoter and subsequently to initiate PIRP by the promoter,[14] retention of all the provisions of Section 29A might reduce the beneficiaries of Pre-packs. To better establish the impact of retaining Section 29A for PIRPs and more particularly Section 29A(c), let us consider the following illustration:

Assume, ABC Ltd. defaulted in payment of interest and/ or instalment of principal in respect of the term loan on April 1, 2021. The Banks have the mandate to classify the account as a non-performing asset (“NPA”) if the account remains overdue for a period of more than 90 days.[15] Therefore, the account turns NPA on June 29, 2021.

Pursuant to Section 29A(c) of the Code, a person shall be ineligible to submit resolution plan, if at the time of submission of resolution plan, such person has an account which has been classified as an NPA or is a promoter of or in control over such account and a period of one year has elapsed from the date of such classification till the date of commencement of CIRP.

Applying this to the facts of our case, the maximum period within which the promoter may initiate PIRP, theoretically, shall be June 28, 2022 which effectively leaves him with 1 year and three months from the date of default for negotiations with the Lenders and commencement of PIRP without meeting the disqualification under Section 29A. One may argue that this is enough time for the promoter to initiate PIRP. Let us take a stock of all the tasks at hand for the promoter:

If we may try to interpret the rationale behind retaining Section 29A, it should ideally be to initiate pre-packs at the earliest possible stage and make it a point to discourage long drawn negotiations between the bankers and the corporate debtor. Time is the essence of pre-packs[16] and hence the market participants shall be prepared for negotiations on a war-footing basis. The promoters should not wait for the account to turn NPA and rather initiate the negotiations even prior to that. Pre-packs, in our opinion, should be considered by the companies as an opportunity to restructure their debt with the blessings of Adjudicating Authority, thereby binding it on all stakeholders.

Hence, when the promoter is aware that there is likelihood of defaulting payment to any financial creditor, the promoter may prefer negotiating with the financial creditors even before the date of such default and be ready with a base plan to be offered to the financial creditors. It may be pertinent to note that the Report of the Sub-Committee of the Insolvency Law Committee on PIRP suggests that the pre-pack in respect of pre-default stress may be considered with consent of higher threshold (say 75%) of all creditors, after successful implementation of post-default resolutions.[17]

Now let us tweak the facts and consider the situation where an account was classified as an NPA and a period of one year has already lapsed by the time Pre-pack framework is enforced. This is not a welcome situation as the proposed Pre-pack regulations do not come to the rescue of such promoters and thereby brings no difference to them in terms of restructuring or resolving the stress of such Corporate Debtor. This calls for regulatory intervention to acknowledge such situation and such intervention can be by way of an amendment to the provisions of Section 29A of the Code or to dilute the same.

AMEND, BUT DO NOT DILUTE

In view of the above discussion, we suggest the following two amendments to Section 29A(c):

Pre-packs is certainly a welcome move in the Indian Insolvency Framework and once implemented it will adapt and evolve to the needs of the market. As the famous saying goes, ‘You can’t go back and change the beginning, but you can start where you are and change the ending’. Pre-packs is one such opportunity for the promoters to regain control over the Corporate Debtor in its new avatar. We opine that dilution of Section 29A(c) for Pre-packs to the extent suggested above, may better incentivise the promoters to aggressively opt for Pre-packs.

[3] Section 29A of IBC- Persons not eligible to be resolution applicant.

[8] ArcelorMittal and Nippon Steel win ‘Deal of the Year’ for acquisition of Essar Steel, available at: https://corporate.arcelormittal.com/media/news-articles/arcelormittal-and-nippon-steel-win-deal-of-the-year-for-acquisition-of-essar-steel

[11] Bibek Debroy, A Case for pre-packs: Insolvency Resolution in India could benefit from pre-packs, available at: https://www.financialexpress.com/opinion/a-case-for-pre-packs-insolvency-resolution-in-india-could-benefit-from-pre-packs/2153863/

[13] Para 2 of Statement of Objects and Reasons, the Insolvency And Bankruptcy Code (Amendment) Bill, 2017

[16] Rohit Jain, IBC: What Would It Take For Pre-Packs To Work?, available at:
https://www.bloombergquint.com/law-and-policy/ibc-what-would-it-take-for-pre-packs-to-work. 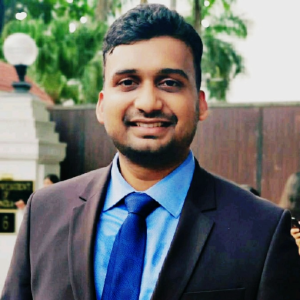