July 2019 amendment to the Liquidation Regulations introduced the concept of updating of claims already filed during CIRP. The Article analyses this amendment to understand the difference between submission and updation of claims.

The liquidator shall issue a public announcement within five days from his appointment inviting the stakeholders to submit their claims or update their claims submitted during the corporate insolvency resolution process (“CIRP”), as on the liquidation commencement date (LCD). The last date for submission or updation of claims shall be 30 days from the LCD.[2]

When it comes to verification of claims during CIRP, the resolution professional is given administrative powers as opposed to quasi-judicial powers. On the other hand, the liquidator’s decision is quasi-judicial in nature which can be appealed against to the Adjudicating Authority under Section 42 of the Code.[4]

Hence, irrespective of whether the creditor’s claim was admitted or not during CIRP, such creditor shall have the right to file its claim during liquidation process and the liquidator shall adjudicate such claim based on the documents submitted during liquidation process. Non-admission of claims during CIRP cannot be a valid ground for rejection by the liquidator who has quasi-judicial authority for determination of claims.

Section 35 of the Insolvency and Bankruptcy Code, 2016 (“IBC” or “Code”)[5] states that liquidator has to verify claims of all the creditors. As on the LCD, the liquidator has access to the latest list of creditors prepared by the resolution professional.

One has to understand that the amendment to Liquidation Regulations did not bring any difference to the way the claims are being adjudicated by the Liquidator. In order to update a claim, such creditor shall file the relevant form with the liquidator. However, there is no specific form for updation of claims. Therefore, where a creditor is updating its claim, the claim amount should be of the total amount and not for any additional amount than what was filed during CIRP. In that case, the amendment providing for the stakeholders to update their claims does not serve any purpose when it requires the stakeholders to submit the entire claim again. However, one may understand the rationale of this amendment by referring to Para 5.2.5 of the IBBI’s Discussion Paper on Corporate Liquidation Process dated 27.04.2019:

5.2.5 “In order to expedite the liquidation process, some stakeholders suggest that it may not be necessary to invite claims afresh during the liquidation process, as this exercise has been undertaken during CIRP. However, many stakeholders feel that the claims are adjudicated by the Liquidator unlike the RP. New claims also arise after the commencement of CIRP. It is proposed to continue the extant provisions requiring submission of fresh claims and updating of claims already submitted. A few, however, feel that the Code could be amended to empower the RP to adjudicate claims during the 90 days of CIRP so that disputes or other contentious issues can be resolved at CIRP stage itself and legacy issues are minimised in liquidation.”[6] 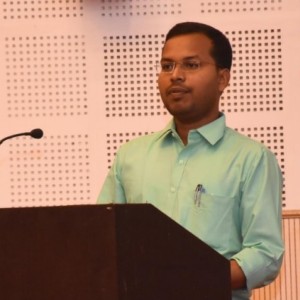 Mr Manoj Basniwal is a Chartered Accountant and a Certified Financial Planner who has experience working in real estate company and also appeared before the Real Estate Regulatory Authority.
All Posts