ECONOMICS OF CSR: A GLOBAL PERSPECTIVE AND ANALYSIS OF INDIA

Share on linkedin
Share on facebook
Share on twitter
Share on whatsapp
Share on telegram
Share on email
While everyone agrees that businesses are an integral and the most binding factor of the economy, there emerged multiple opinions as to the extent of responsibility of businesses. Do the businesses have responsibility beyond merely complying with laws? Do businesses have any additional moral or social obligation to commit resources to the welfare of society?

ECONOMICS OF CSR: A GLOBAL PERSPECTIVE AND ANALYSIS OF INDIA

EVOLUTION OF THE CSR PRINCIPLE AND LAW

Economics of CSR, While everyone agrees that businesses are an integral and the most binding factor of the economy, there emerged multiple opinions as to the extent of responsibility of businesses. Do the businesses have responsibility beyond merely complying with laws? Do businesses have any additional moral or social obligation to commit resources to the welfare of society?

Economists, such as Friedman, continued to rely on the concepts of law and contracts for determining the rights of shareholders and the responsibilities of their agents, while philosophers looked to concepts of social justice.  Neither side in this debate offered evidence of the economic consequences of allowing or mandating that managers consider the rights of non-shareholders in firm-level decision making. Friedman, Jensen and Meckling argued that in a free economy, it is the fiduciary responsibility of the businesses to maximize the profits for its owners, while confirming to the basic rules of society; That corporation is a nexus of legal contract between suppliers of various factors of production (Land, Labour, IP, Organisation and Capital) wherein providers of all other factors receive fixed returns and the provider of the Capital (the owners) who assume all the risk receive all the residual returns (Profits), any profits that are diverted towards other activities such as “pursuit of social good” is coming directly out of their pockets, and thus in this perspective CSR is close to theft.

Meanwhile, business school faculty developed a stakeholder perspective that presumed that any group or individual that has a stake in the outcomes of business should be considered in corporate decision making.  This led to interest in environmental performance, employee rights, community impact and the effects of constraints on profitability and shareholder wealth.  Examination of the economics of stakeholder management and capital market constraints added richness to the debate surrounding CSR.  A more progressive and acceptable view emerged that any business corporation is organized for society at large and that the Corporate has a fiduciary responsibility towards a wider range of stakeholders, beyond the contributors of factors of production. Laws such as NRE Law in France, companies’ non-financial disclosure in their management reports and group management reports (Gesetz zur Stärkung der nichtfinanziellen Berichterstattung der Unternehmen in ihren Lage- und Konzernlageberichten) in Germany and Multiple State laws in USA have been deployed accordingly for regulation and reporting of CSR Practices. India has even become the first country in the world to mandate CSR spending by Companies by passing of Companies Act, 2013.

Economists expanded the range of interest in CSR by examining both the private economic benefits to business corporations and society’s additional economic benefits by examining the mechanisms which reward CSR.  This led to recognition that carefully planned and executed CSR programs can be an element of a competitive strategy that increases profits and enhances the competitive position of firms in some industries. Whereas there also exists views and it is proven that unplanned unsustainable CSR can have substantial negative impact on the companies.

Just because the legal system may allow firms to sacrifice profits in the social interest does not mean that firms can do so on a sustainable basis in the face of competitive pressures. A business would be able to sustainably indulge in CSR activities only in the presence of the following factors:

When at least one of the above factor works in favour of the entity, it would be able to sustainably indulge in CSR activities.

However, in some cases, even if none of such favourable factor exists, entities undertake CSR activities only under pressure from market participants and other social forces. This reluctant CSR participation seldom leads to positive consequences for an entity.

Under many conditions, firms that participate in unsustainable CSR activities would have increased expenditures, which have to be compensated by raising prices, reduction of wages and other costs, accepting smaller profits, or paying smaller dividends—and accept the economic consequences. After taking such measures, a firm’s stock price may decline until proportional to returns, and attracting new capital may be difficult because returns are below market averages. Other short-term economic consequences may include loss of market share, increased insurance costs, increased borrowing costs, and loss of reputation (when the entity is stressed). In the long term, the firm may face corporate takeover, or closure.

However, if investors understand that the stock issued by the Socially responsible entities is a hybrid / composite instrument, which combines both financial investment product with a charitable vehicle they may be motivated to invest in those entities. So long as the investors are willing to sacrifice profits and fund the CSR activities, the firms can still participate in CSR activities. Willingness to accept below market returns may depend on whether investors hold stakes in publicly—or privately—held companies. Investors with large private holdings are more likely to take an interest in their companies’ activities and be able to influence the companies’ actions. Whether this additional interest and influence would have a positive or negative influence on CSR is an open question.

Even if firms may, can, and do sacrifice profits in the social interest, an important normative question remains, namely, should they? In other words, is it really in the broadly defined social interest for firms to carry out such activity?

There are two main approaches to answering this question.

First, we can compare firms’ actual CSR choices with the CSR alternatives available to them. For any firm, such alternatives include a broad range of projects addressing various private and public issues, costing different amounts, and resulting in varying degrees of environmental protection and profitability. For example, a power plant could reduce its emissions of carbon dioxide, Sulphur dioxide, or particulate matter; switch to a renewable source of fuel; implement a job training program to benefit local community members; make a donation to a charitable organization; or take any number of other “socially responsible” actions. The question of interest here is whether firms’ actual CSR choices are likely to be optimal relative to available alternatives.

A second approach takes a public policy perspective, where a comparison is made between allowing CSR (i.e., permitting firms to sacrifice profits in the social interest) and prohibiting CSR (i.e., requiring firms exclusively to maximize profits for shareholders).

These are multiple considerations such as Legal, Political, Social and Welfare where these approaches can be evaluated. When the aggregate social welfare is higher when CSR is allowed than when it is prohibited, then it would be in the interest of both Public and Corporations to allow CSR.

CSR IN THE INDIAN CONTEXT

Given that economic, social, and environmental conditions in developing countries are so different from those in industrialized countries, one would expect the answers to normative questions about CSR to also be different. For example, environmental regulations in the developing world are often not well enforced. Hence, many relatively cost-effective interventions that have already been implemented in industrialized countries may still be available to businesses that operate in the developing world. This suggests that CSR could lead to significant gains in net social welfare. On the other hand, given the comparatively underdeveloped judicial, and regulatory practices, it is argued that it would be important to prevent the activities which prevent the future economic growth.

India became the first Country in the world to mandate CSR spending by Companies on 1st April 2014, in India, by passing of Companies Act, 2013. Under this legislation, certain class of Companies are required to spend 2% of Average net profits of previous three years for CSR activities, which range from eradication of hunger, promoting education, promoting and training in sports, and protection of natural heritage.

Since the applicability of mandatory CSR in 2014, the CSR spending of the companies has constantly been on the rise. In 2018, companies have spent 47% higher amount under CSR as compared to that in 2014-15. At its least since it is mandated, USD 1 Billion has been spent by Indian Companies for CSR initiatives. Indian Companies last year, have spent over Rupees 180 Billion (USD 2.52 Billion) in various programs of which Government Companies have spent over 28% whereas 72% has been contributed by companies in Private Sector.

Analysing growth in CSR Spending by top CSR contributors in India, in contrast with their turnovers over the period, it is observed that while the turnover can be impacted by many factors such as market conditions, economic conditions, competition, technological developments, financial factors and others, a positive co-relation can be found in the long run between the CSR Spending and turnover.

Also, data from National CSR Portal shows that spending on Education, Healthcare and Rural development constitute the majority of total CSR spending, and many experts opine that the real impact of CSR spending in such sectors will be known only in a longer run (at least 10 years). However, an analysis of whether the Act has achieved the main objective of making business socially responsible is rare. It is time, therefore, for a deeper assessment.

Research on CSR implementation have shown that the compliance with CSR has been increased from 33% to 85%, whereas only a little over half of the Companies have complied with the 2% stipulation. Taking into account the recent amendments to CSR provisions, industry research estimates CSR compliance to improve and range between 97 to 98 percent by FY 2019-20.

The reasons given for the underspend is that companies are not able to identify the right projects, or the right organisations to partner with them or that they still have not been able to put together teams of the right quality for in- house implementation. But these are feeble excuses since it is now over six years since the Act came into force in April 2014. With the plethora of specialists and consultancy organisations which have come into being, these things should have been sorted out by now.

In my survey, various industry experts including Company Secretaries, Chartered Accountants, International Tax Experts, and Corporate Advocates opined that while the mandating the spending towards CSR is found to increase social welfare, the CSR spending must be much more liberalized, and the companies implementing it should be left to spend such amounts on activities of their choice instead of limiting them to that mentioned by the government in Schedule VII of Companies Act, 2013. 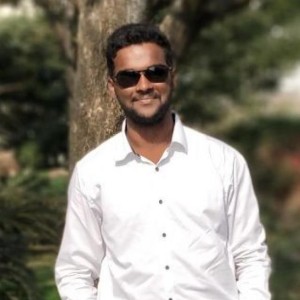