Does creation of Pledge of shares by CD constitute debt under IBC?

In the matter of Amtek Auto Ltd, the NCLT and NCLAT analysed the position of law with respect to creation of pledge vis-a-vis debt under IBC

An interesting question of law came into light in the matter of M/s. Vistara ITCL (India) Ltd. & Ors. v/s Mr. Dinkar Venkatasubramaniam & Ors. when, the Hon’ble NCLAT deliberated on the ingredients that make up a ‘Financial debt’ in terms of Section 5(8) of the Insolvency and Bankruptcy Code, 2016 (“Code”). The definition of ‘financial debt’ is an inclusive and non-exhaustive definition and whether holding shares on pledge as a Security Trustee would fall under it and therefore tantamount to having a financial debt, making the holder of pledged shares a ‘financial creditor’?

This issue was clarified in this case elucidating that simply creating pledge of shares in favor of a security trustee by an entity doesn’t denote raising of a financial debt.

Let us look at what is the literal meaning of the terms Financial debt and Pledging of shares.

‘Pledging of shares’ refers to “delivering an asset as security for the payment of a debt – the asset will be subject to forfeiture on failure to pay or fulfil the promise”. It is one of the options that the promoters of companies use to secure loans to meet working capital requirement, personal needs and fund other ventures or acquisitions. A promoter shareholding in a company is used as collateral to avail a loan.

WHEREAS “Financial debt’ refers to “a debt along with interest, if any, which is disbursed against the consideration for time value of money…“

Since there is no debt given and no money lent in this particular arrangement by the security trustee (M/s. Vistara ITCL (India) Ltd.) therefore their claim was rejected by the Resolution professional and consequentially when they filed belated applications in the NCLT and further NCLAT, their appeals were dismissed on several grounds-not fulfilling the criterion of a ‘financial creditor’, being numero-uno.

There were multiple agreements entered between KKR India Financial Services Private Limited & L&T Finance Limited as ‘lenders’ and WLD Investments Private Limited, (in short ‘WLD’) & BRASSCO Engineering Private Limited (in short ‘BRASSCO’) as ‘borrower’ and Vistra ITCL India Limited(Vistra) as security trustee, wherein the loans taken by borrowers were to be used for the benefit of and by the Corporate debtor.

The corporate debtor in lieu of this financial assistance had created a first ranking exclusive pledge of shares in favor of Vistra ITCL (India) Limited, over 33,64,12,200 equity shares of face value of ₹1/- each of JMT Auto Limited, which was held by the Corporate Debtor.

Placing reliance on the above, Vistra claimed to be a secured financial creditor of M/s Amtek Auto Ltd. and filed their claim with the Resolution professional which was rejected by him citing that no money was lent by them to the corporate debtor and this financial arrangement between Vistra and the Corporate Debtor doesn’t constitute Financial debt as per Section 5(8) of the Insolvency and Bankruptcy Code,2016.

The rejection of the claim was not contested by Vistra because as to their best understanding the resolution plan submitted by the Resolution applicant, i.e. Liberty House Group(“LHG”), which was earlier approved by the Committee of Creditors of the corporate debtor, recognized and preserved the pledged shares created in favor of them by corporate debtor.

The plan submitted by LHG was declared not capable of implementation by the Adjudicating Authority due to default in adhering to the payment schedule and after several other orders passed to consider another resolution plan for the debt-laden company, a fresh resolution plan was received from Resolution Applicant i.e, Deccan Value Investors(“DVI”). Vistra asked the Resolution Professional to provide DVI’S plan so they could know how it proposed to deal with the pledged shares .Their request was denied by the RP citing that the information on pledged shares was included in the Information Memorandum and he further stated that “it is for the resolution applicants submitting the resolution plans to take note of the contents of the Information Memorandum while submitting and considering the resolution plans, respectively”.

The non-committal response by the RP and the pendency of the matter in the Hon’ble Supreme Court constrained Vistra to file an application before the NCLT, Chandigarh which was dismissed on the following grounds:

1. No money was lent by them to the corporate debtor;

2. This financial arrangement between Vistra and the Corporate Debtor doesn’t constitute Financial debt as per Section 5(8) of the Insolvency and Bankruptcy Code,2016;

3. Creation of pledge of shares by the Corporate Debtor cannot be termed as guarantee or indemnity;

4. Further, it was submitted by the Resolution Professional that the application was filed without impleading WLD and BRASSCO and hence liable to be dismissed on the ground of non-joinder of necessary parties;

5. Vistra had given up its right as a financial creditor by not challenging the rejection of its claim by the Resolution professional in due time and now it cannot file the application for the same relief after a gap of three years and also the submission that it did not challenge the rejection of claim under the bona-fide belief that its interest would be protected under LHG’s resolution plan doesn’t stand to the legal scrutiny.

Vistra, aggrieved of the dismissal of their order, filed an appeal before the Hon’ble National Company Law Appellate Tribunal, New Delhi under Section 60(5) of the Code praying for a direction to Resolution professional to include it in the Committee of Creditors and extend the same benefits of a financial creditor to it. The NCLAT emphasized that ‘the debt along with interest disbursed against time value of money’ constitute the basic ingredients of the financial debt as defined in the Code and since the same is lacking as regards any transaction between Vistra and the Corporate Debtor, pledge of shares would not fall within the concept of guarantee and indemnity so as to bring it within the meaning of financial debt.

It dismissed the application adducing “Such explanation deserves to be noticed only for being rejecting.”

In light of the above and also the order passed by National Company Law Appellate Tribunal, New Delhi in the matter of Phoenix ARC Pvt. Ltd. v/s Ketulbhai Ramubhai Patel, the Resolution Professional of Doshion Water Solutions Pvt. Ltd, where the plea of Phoenix ARC, which was the assignee to the pledged shares, was dismissed on similar grounds, we could draw an inference that pledge of shares doesn’t constitute a ‘financial debt’ and pledgee cannot be included as a financial creditor in the committee of creditors. It would be interesting to see if a Lender who is also the pledgee approaches the NCLT or the NCLAT or the Supreme Court, for its inclusion as a secured lender, alluding its reasons which such forums may ponder upon. 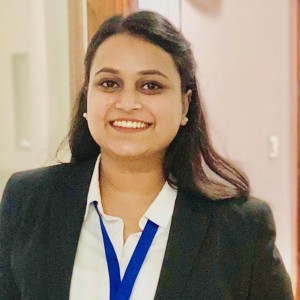 CA Pallavi Aggarwal is a Chartered Accountant who is currently undergoing Graduate Insolvency Programme (GIP) at IICA, Ministry of Corporate Affairs, Government of India. By 2021, she will be amongst the youngest Insolvency Professionals in India - who would be duly recognised by Insolvency and Bankruptcy Board of India (IBBI).
All Posts