A TAKE ON THE JOURNEY OF THE INDIAN INSOLVENCY LAW 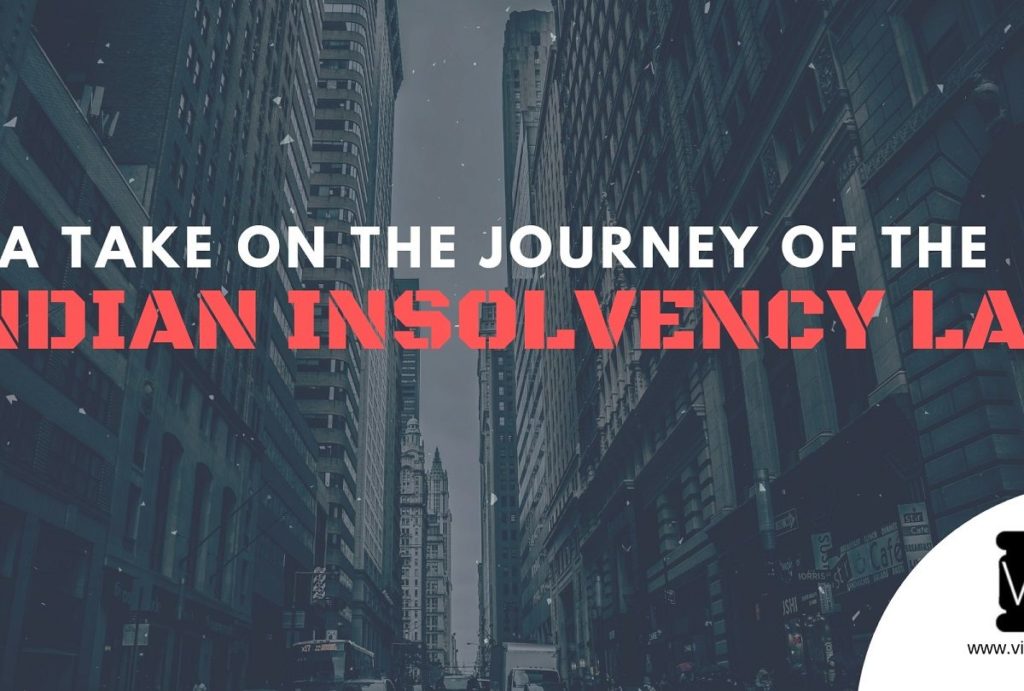 The Insolvency and Bankruptcy Code, 2016 was enacted in India as an Economic Reformation Legislation to promote economic freedom of businesses in India ensuring that the economic assets of the Nation are put to best alternative use. Resolution of the stressed asset is at the core consideration of the Nation.

The United Nations Commission on International Trade Law (UNCITRAL) in its legislative guide on Insolvency Law noted that reorganisation regimes are critical to corporate and economic recovery, the development of entrepreneurial activity, the preservation of employment and the availability of finance in the capital market.

Keeping in view the mounting stressed assets in India, the Parliament passed the Insolvency and Bankruptcy Code, 2016 (IBC) after taking into consideration the report of the Joint Committee of the sixteenth Lok Sabha, and upon enactment, there is a paradigm shift in the way stressed assets are dealt with by the Creditors.

The Reserve Bank of India (RBI) had in June, 2017 sent a list of twelve (12) stressed accounts amounting to twenty-five percent (25%) of the then gross non-performing assets (NPAs) of the banking system, to the bankers that they qualify for immediate reference under IBC. The accounts of Bhushan Steel, Bhushan Power, Electrosteel Steels, JP Infra, Era Infra, Amtek Auto, ABG Shipyard, Jyoti Structures, Monnet Ispat, Lanco Infratech, Alok Industries and Essar Steel are referred to IBC and the CIRP was immediately initiated. The following table represents the current status of these cases:

It can be observed from above that resolution plans of only six corporate debtors have been approved and the rest are still in process and are expected to come to an end in the FY 2019-20. The total realised claims are INR 82,556 Cr. out of the total admitted claim of INR 1,66,573 Cr. i.e. a recovery of approx. 49.56%.

Let us now look into various other statistics to better understand the growth story of IBC so far!!!

The following pie-chart depicts the status of the 2,162 CIRPs initiated from the inception of IBC till June 30, 2019:

During the quarter April – June 2019 a total of 87 CIRPs ended in liquidation and the total number of CIRPs closed by liquidation as on June 30, 2019 is 475 of which the liquidation is ongoing in 458 cases.

From above it can be understood that IBC has definitely aided in resolution of various businesses to run them on going concern basis. However, time taken to dispose the CIRP cases still remains a challenge, owing to multiple litigations. With the Insolvency and Bankruptcy (Amendment) Act, 2019 the maximum time for closing of a CIRP including all judicial processes has been extended to 330 days from the earlier limit of 270 days giving an indication that IBC is targeted at ensuring that resolution processes cannot go on indefinitely and the value of the assets of such corporate debtor will be depleted if there is no stringent time limit provided under the Code.

The actual success of the code is when the number of CIRPs resulting in resolutions exceed those resulting in liquidation which is not the case as on today. With the personal insolvency provisions of the IBC yet to be notified, IBC has got lot more to offer to rescue the possible national crisis from the financial distress of NPAs.