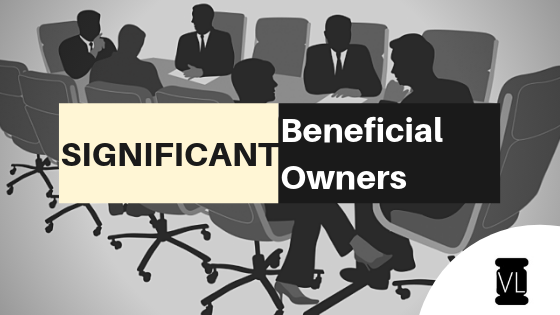 The Ministry of Corporate Affairs (MCA) notified rules for determining Significant Beneficial Ownership in a Company with an aim to tackle shell companies and eliminate the same. This is not an initiative from the MCA, but globally this was felt as a need to fight terrorism through shell companies. The countries like the USA and UK already have in place rules for determination of significant beneficial owners of a Company. The first set of rules rolled out in 2018 and subsequently got amended in 2019.

Through this article, the author takes you through the rules notified by the MCA.

According to Rule 2(h) of SBO Amendment Rules, 2019, “Significant Beneficial Owner (SBO), in relation to a reporting company means an individual referred to in sub-section (1) of section 90, who acting alone or together, or through one or more persons or trust, possesses one or more of the following rights or entitlements in such reporting company, namely:

(i) holds indirectly, or together with any direct holdings, not less than ten per cent. of the shares;

(ii) holds indirectly, or together with any direct holdings, not less than ten per cent of the voting rights in the shares;

(iii) has right to receive or participate in not less than ten per cent. of the total distributable dividend, or any other distribution, in a financial year through indirect holdings alone, or together with any direct holdings;

(iv) has right to exercise, or actually exercises, significant influence or control, in any manner other than through direct-holdings alone.

a. Where the member of reporting company is Body Corporate other than LLP and the individual holds-

i. Majority stake in that member; or

ii. Majority stake in the ultimate holding company of the member company (whether incorporated or registered in India or abroad)

For Example – AB LIMITED is reporting company and one of its members is a body corporate (OK LIMITED), then SBO will be an individual who holds-

i. Majority stake in that member (i.e OK LIMITED); or

b. Where the member of the reporting company is a Hindu Undivided Family (HUF) (through karta), and the individual is the karta of the HUF;

c. Where the member of the reporting company is a partnership entity (through itself or a partner), and the individual :

ii. holds majority stake in the body corporate which is a partner of the partnership entity; or

iii. holds majority stake in the ultimate holding company of the body corporate which is a partner of the partnership entity.

d. Where the member of the reporting company is a trust (through trustee), and the individual:

i. is a trustee in case of a discretionary trust or a charitable trust;

ii. is a beneficiary in case of a specific trust;

iii. is the author or settlor in case of a revocable trust.

e. where the member of the reporting company is :

i. a pooled investment vehicle; or

ii. an entity controlled by the pooled investment vehicle.

B. Duty of reporting company (Rule 2A)

The reporting company to give notice to such member, seeking information in accordance with Section 90 (5) in form BEN-4 when its member (other than an individual) holds 10% or more of its:

b. Voting rights; or

c. Right to receive or participate in the dividend or any other distribution payable in a FY

This form shall be filed by the individual who is the SBO to the Reporting Company within 90 days from the commencement of these Rules (i.e., by 10th May, 2019) and for subsequent changes or acquiring the status of SBO, within 30 days of such change or acquiring the SBO.

The reporting company shall within 30 days of receipt of SBO declaration in form BEN-1 file a return in e-form BEN-2.

The Reporting company shall apply to the tribunal if:

a. The person fails to give information required by the notice in form BEN-4  within the time specified therein; or

b. Where the information given is not satisfactory.

F. Non-Applicability of the rules (Rule 8)

The SBO Rules shall not be made applicable to the extent the share of the reporting company is held by,-

a. the authority constituted under sub-section (5) of section 125 of the Act;

b. its holding reporting company:

Provided that the details of such holding reporting company shall be reported in Form No. BEN-2.

c. the Central Government, State Government or any local Authority;

(i) a reporting company, or

(ii) a body corporate, or