NOIDA IS A CORPORATION ESTABLISHED BY A STATE ACT AND IS, THEREFORE, ENTITLED TO EXEMPTION OF PAYMENT OF TAX AT SOURCE UNDER SECTION 194A(1): SUPREME COURT 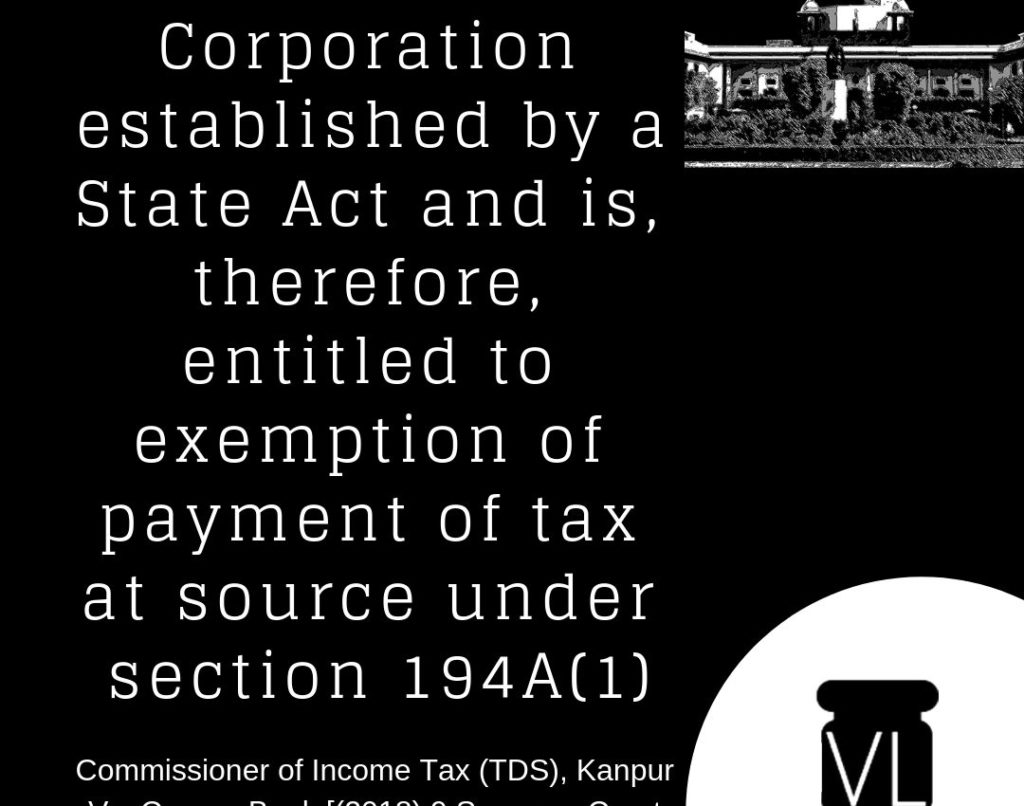 In pursuance of sub-clause(f) of clause (iii) of sub-section (3) of section 194A of the Income Tax Act,

(i) any corporation established by a Central, State or Provincial Act;

(ii) any company in which all the shares are held (whether singly or taken together) by the Government or the Reserve Bank of India or a Corporation owned by that Bank; and

(iii) any undertaking or body, including a society registered under the Societies Registration Act, 1860 (21 of 1860), financed wholly by the Government. “