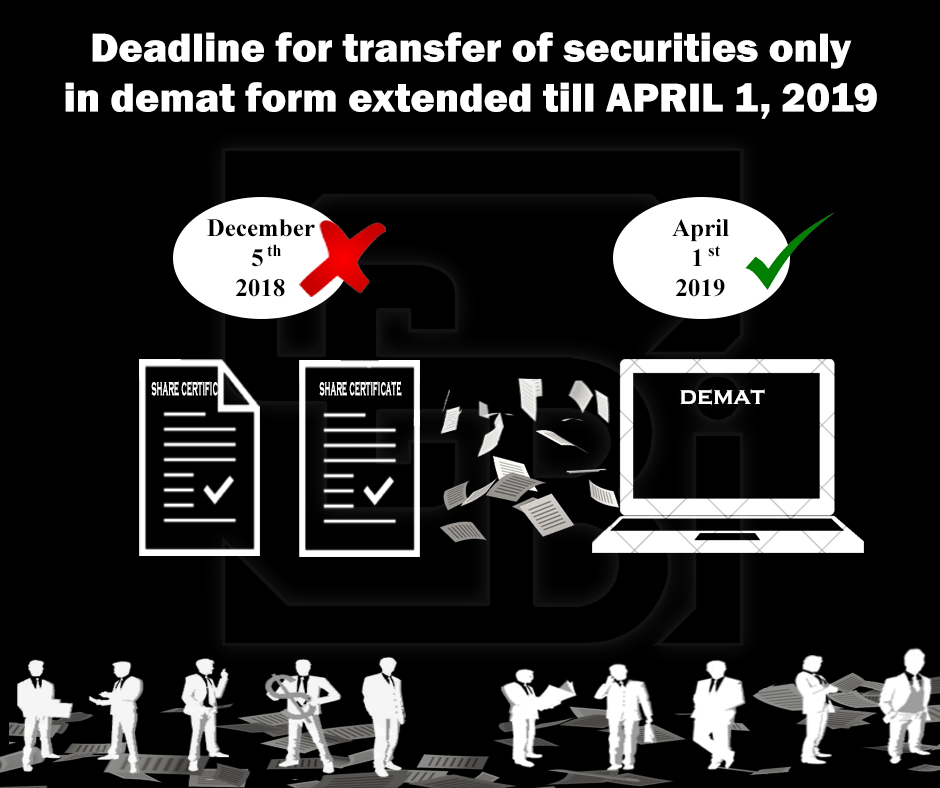 The Securities and Exchange Board of India (SEBI) vide its notification dated November 30, 2018, extended the deadline for the mandatory transfer of securities only in dematerialised form, from earlier fixed date of December 5, 2018 to April 1, 2019 upon representations received from various shareholders. The fact of the same was also informed through its press release dated December 3, 2018.

On June 8, 2018, the SEBI issued notification amending the SEBI (Listing Obligations and Disclosure Requirements) Regulations, 2015 (“Listing Regulations”) wherein a proviso was inserted to Regulation 40 of the Listing Regulations prohibiting the transfer of securities, except in dematerialised form. Later, through its press release on August 10, 2018, SEBI clarified that investor has the option of holding shares in physical form even after December 5, 2018.