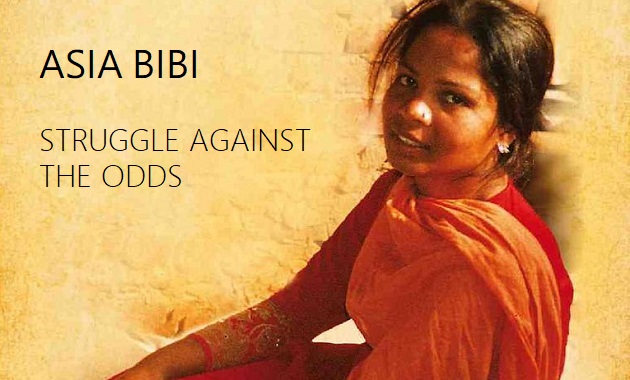 In a historic ruling the three-judge bench of the Honorable Supreme Court of Pakistan acquitted Asia Bibi from the charges of blasphemy and has set aside death sentence awarded to Asia Bibi.

This caused turmoil on the streets of Pakistan causing hindrance to the lives of commoners amid anti-blasphemy protests.

Facts of the Case:

On June 14, 2009 Asia Bibi, mother of two daughters belonging to Christian community in a small village in Pakistan, along with other Muslim ladies, was plucking Falsa (Grewia/purple berry), in the field belonging to one Muhammad Idrees where she is alleged to have uttered derogatory remarks against the Holy Prophet Hazrat Muhammad.

Section 295-C of the PPC reads as under:

“Use of derogatory remarks, etc., in respect of the Holy Prophet: Whoever by words, either spoken or written, or by visible representation or by any imputation, innuendo, or insinuation, directly or indirectly, defiles the sacred name of the Holy Prophet Muhammad (peace be upon him) shall be punished with death, or imprisonment for life, and shall also be liable to fine.”

After the conclusion of the trial, the learned trial Court convicted Asia Bibi under Section 295-C and sentenced her to death with a fine of Rs.100,000/- and in default whereof, to further undergo six months’ SI. Asia Bibi challenged her conviction/sentence before the High Court which dismissed the same vide orders dated October 16, 2014 and consequently the death sentence is confirmed. Aggrieved by the same Asia Bibi filed appeal before the Pakistan Supreme Court with the leave of the Court granted vide order dated 22.7.2015, inter alia, to consider and appreciate the evidence on the record.

A three-judge bench of the Pakistan Supreme Court on October 31, 2018 set a precedent for such cases involving blasphemy. The judgement started off with the understanding of blasphemy and its consequences. Several Verses of the Holy Qur’an are reproduced which mention in clear terms, that any abuser and contemner of the Prophet are actually the opponents of Allah and His Prophet who shall be punished with death. Thus, no one by words – either spoken or written – directly or indirectly, is allowed to disobey, disregard and rebel against the Holy name of Prophet Muhammad and if found guilty of disrespecting the name they are liable to be punished.

The three-judge bench reapprised the entire evidence cover by cover and ascertained that with the evidence produced by the prosecution against the alleged blasphemy committed by Asia Bibi, the prosecution has categorically failed to prove its case beyond reasonable doubt and hence the innocence of accused is presumed.

The following extract of the judgement passed in Malik Muhammad Mumtaz Qadri Vs. the State (PLD 2016 SC 17) is referred:

“Commission of blasphemy is abhorrent and immoral besides being a manifestation of intolerance but at the same time a false allegation regarding commission of such an offence is equally detestable besides being culpable. If our religion of Islam comes down heavily upon commission of blasphemy then Islam is also very tough against those who level false allegations of a crime. It is, therefore, for the State of the Islamic Republic of Pakistan to ensure that no innocent person is compelled or constrained to face an investigation or a trial on the basis of false or trumped up allegations regarding commission of such an offence.”

Before concluding the Judgement the following saying of Prophet Muhammad is recited:

“Beware! Whoever is cruel and hard on a non-Muslim minority, or curtails their rights, or burdens them with more than they can bear, or takes anything from them against their free will; I (Prophet Muhammad) will complain against the person on the Day of Judgment.” (Abu Dawud)

The three-judge bench of the Honorable Supreme Court of Pakistan allowed the appeal filed by Asia Bibi and reversed the judgments of the High Court as well as the Trial Court. Consequently, the conviction as also the sentence of death awarded to Asia Bibi is set aside and she is acquitted of the charge.